After 48 years in the garden trade, Tony Dedman, operations director of Garland Products/Worth Gardening is to retire on September 30. 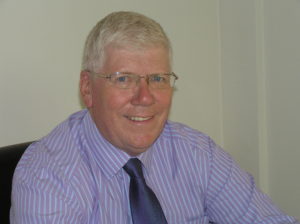 During the past five years Tony has been involved in the introduction and launch of over 700 new products to the Garland/Worth Gardening portfolio and has helped expand the company’s sales to worldwide markets. Tony was also involved in establishing the company’s new distribution warehouse.

Tony’s career commenced in 1969 and has included periods with Haselden, where he was selling the Hasel hose reel and then with Netlon Ltd. He then worked with Netlon/Sentinel as both a representative and agent before becoming sales director of Bosmere Products.

Tony has been a regular face at garden events and has been involved in every single Glee exhibition and before that the Hardware Show in London. He has also just completed 39 years at the spoga+gafa international trade fair in Cologne, having first exhibited there in 1973.

To ensure continuity, Tony’s role will be assumed by his son Mark Dedman with the support of Phil Burgoyne who joined the management team in January 2017. In his retirement, Tony plans to play more golf, to have more involvement in the indoors bowls club and to spend more time on holidays and gardening with his wife, Ginette.