John Richardson, the chairman of horticultural nursery Johnsons of Whixley, has been shortlisted for a Lifetime Achievement Award.

John Richardson recently celebrated his 80th birthday, and his achievements in the industry spanning well over half a century have been recognised by The Yorkshire Post, who have named him on the final shortlist in the Lifetime Achievement category at the upcoming Rural Awards.

Starting with eight full-time staff in 1964, and an annual turnover of £33,500, Johnsons of Whixley now employs more than 100 members of full-time staff, rising to 150 seasonally, and during the last 12 months has delivered a turnover of just under £12m, which represents one of its best ever annual performances. 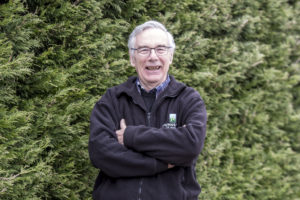 John received Horticulture Week’s Individual Excellence Award in 2006, and The Royal Horticulture Society’s Associate of Honour Award and The Institute of Horticulture Award for Significant Contribution to Horticulture in 2003.

He is also a recipient of the prestigious Pearson Memorial Medal.

Johnsons of Whixley chairman John Richardson said: “It is a true privilege to be shortlisted for such an award, and I’d like to congratulate the other individuals and businesses who have received nominations.

“Having recently been named runner-up at the Yorkshire Family Business of the Year Awards, and following one of our best ever financial years, I am proud that the overall success of the business, which is testament to the hard work of its staff, continues to be recognised.”

The Yorkshire Post Rural Awards take place at the Pavilions of Harrogate at the Great Yorkshire Showground on Thursday October 12.