Amenity sales on the up at Wyevale Nurseries 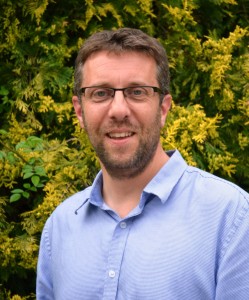 ONE OF THE UK’s leading commercial nurseries has reported a 15% increase in amenity sales this year (2014).

Wyevale Nurseries, which is based in Hereford, has seen a rise in demand for trees, hedging transplants, container grown hedging and specimen shrubs.

Adam Dunnett, Sales and Marketing Director, said: “We have put a lot of work in to our product mix to reflect customer demand and after a few challenging years we are really pleased that amenity sales are picking up again with a year on year increase of 15%.

“We believe this is partly due to growth in the UK holiday complex markets, new housing developments, the education sector and other areas such as residential care homes.

“Trees have always been a big part of our range and there now appears to be two distinct areas of growth. With native trees and the newer ornamental cultivars, such as Betula ‘Shaft’ and Sorbus ‘Blackberry’, which offer the designer something a little different and are often more compact or upright than more traditional varieties, in strong demand.

“When it comes to shrubs what has been requested is still fairly traditional, but we have seen a huge demand for specimen shrubs. As a result of this we have quadrupled production in this area for 2015. We are also continuing to move towards a greater herbaceous plant offering in both the amenity and retail sectors and have moved a lot of our production to a three litre size, which has been well-received by both markets.”

September. People will be able to request a catalogue by emailing info@wyevalenurseries.co.uk.

Adam added: “The independent garden centre market has seen a return to form this year, after a couple of years where the weather and economy haven’t been favourable.

“We saw very strong sales from February to May and early indications are pointing to a very good autumn.

“There was a massive demand for shrubs from mid-May onwards and it was all about colour. With more than 200 promotions and an emphasis on large three litre herbaceous plants, we were able to fulfil the demand.

“We are very pleased with the complimentary feedback we have received regarding the quality of our herbaceous plants this year.”

ITV’s Love Your Garden star slams ‘risk-averse’ parents
Revitalised, re-energised and harder working than ever before: Glee 2014 hailed a success by garden retail industry – with space at 2015 show already 50% sold
Tweets by GCUpdateUK