Cold and wet weather in April put a dampener on sales in traditional categories but boosted non-traditional ones at member garden centres, according to the Garden Centre Association’s (GCA) Barometer of Trade results. 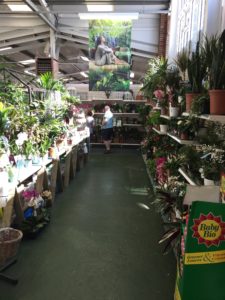 GCA chief executive Iain Wylie explained: “April was a very cold and wet month so it’s no surprise that sales in traditional categories were down. The frost seemed to linger a lot longer this year, which would have put a lot of people off gardening.

“Another factor for poor sales was that Easter was very early this year, in March, compared to 2015, when it was in April.”

He added: “Despite sales in traditional categories being down, there was some positivity in clothing and catering. Food hall and farm shops sales were also up 3.70% compared to the same month last year.”

Squire’s Garden Centres financial director Steven Palmer said: “Direct comparisons are distorted due to Easter falling in April in 2015 but not in 2016. The unseasonably poor weather in the south meant reduced demand for traditional seasonal gardening products, including furniture.

“However, demand for gifts remains robust and bird care products benefitted from the poor weather.”

East Sussex-based Blackbrooks Garden Centre managing director Mark Winchester said: “April was unseasonably cold and while our gifts, clothing and catering were up, our horticultural products were down. The only real winner was our houseplant department, but this could have been in part due to a redesign incorporating a walk through department on the way to the checkouts, resulting in a 100% uplift in sales.”