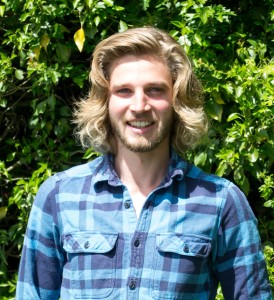 BEN GREGORY from Worcester has this month (May, 2015) been promoted to Product Development Coordinator at Wyevale Nurseries in Hereford.

The 23-year-old will liaise with the sales and production teams at the company to define areas to investigate and innovate.

Adam Dunnett, Sales and Marketing Director at Wyevale Nurseries, said: “I would like to congratulate Ben on his promotion.

“Within his role Ben will investigate methods of adding value by the evaluation of new stock to the nursery and different ways of presenting current lines and ranges to our customers in the amenity and retail sectors.

“It is a new and really exciting role within the company and will be critical in our drive to stay as market leaders in product development and innovation.”

Ben won the Wyevale Nurseries’ Peter Williamson Travel Award in 2012 while studying at Pershore College and worked at Poppelaars Nurseries in the Netherlands for a summer. He then joined the company and completed a Management Training Programme.

Ben, who has a degree in Horticulture, explained: “I am really excited to start trialling new and improved varieties to develop, progress and modernise our range to bring to market.

“I hope to help lead Wyevale to the forefront of the industry to become known for our new, exciting and exclusive plant offers.”

Ben is originally from Yeovil in Somerset and enjoys cycling in his spare time.