The Gardenex export federation will be organising the British pavilion at the 2017 National Hardware Show (NHS) in Las Vegas that takes place from May 9 to 11. 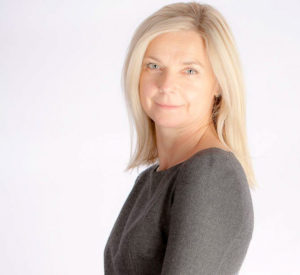 Gardenex is currently recruiting garden, leisure and hardware product companies to join the group.  It will be the 21st occasion that the federation has taken a British group of exhibitors to the major North American trade show, and a prime location has been reserved in the Lawn and Garden section for the UK companies.

Gardenex has submitted a bid for Government cash grants for British firms exhibiting at the NHS, and the federation will also be organising and manning a British garden industry information stand at the show.

Gardenex director general Amanda Sizer Barrett said: “North America has for many years been a major market for UK garden and leisure product suppliers. Recent indications from the US regarding future trading between our two countries suggest that further growth can be expected.  I believe that 2017 could provide a golden opportunity for UK companies to present their latest innovations to the vast North American market, and there is no better platform than the NHS. The show attracts nearly 30,000 trade visitors from the US, Canada and many other overseas markets, and at previous editions of the show the British exhibitors have secured orders from across the globe.

“The exhibition support package provided by Gardenex includes the production of a preview of the British exhibitor group sent directly to targeted buyers in the USA and beyond in advance of the show. UK exhibitors at previous editions of the show have reported that this type of promotion has resulted in increased interest in their products on display. The federation’s mailing is taken from our large database of garden product buyers across North America and is continually updated as a result of our attendance at the NHS and other American shows and through our investment in market research.”