At a time when real butterflies are under threat of becoming extinct, it’s good to know that as a symbol, they have brought three businesses together in partnership in the South West. 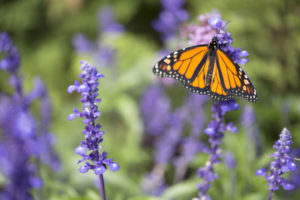 Somerset-based compost manufacturer Durston Garden Products Ltd has announced that it will now be supplying compost to the popular and fast growing charity Butterfly Garden, located on the site of Dundry Nurseries, near Staverton Airport in Gloucestershire.

The third and final company in partnership is gardening PR specialist Papillon Publicity, also from Gloucestershire.

The Butterfly Garden was set up on the site of Dundry Nurseries, near to Staverton Airport in Gloucester some 10 years ago and was created initially to help youngsters with autism, but over time has grown beyond all recognition. It now supports both children and adults of all ages and teaches them gardening and other skills such as woodwork, cookery and even drama and dance.

Durston Garden Products national sales manager Dan Durston said: “Having met Chris Evans, who was awarded a BEM (British Empire Medal) in 2013 for his tireless work in setting up The Butterfly Garden, was truly an amazing experience. I am so pleased to be involved with such a humbling and well organised venture as The Butterfly Garden and we at Durston’s look forward to catching up with Chris and his team again later in the year to see what use they have put the compost to.”

Mary Hurley of Papillon Publicity, who specialises in PR for the gardening industry, commented: “I have worked in a PR capacity for Durston Garden Products for the best part of five years and was delighted when I heard that they were now going to supply The Butterfly Garden with its compost. Chris Evans and I have known each other for many, many years, both in a professional and social context and I have nothing but utter respect for the fantastic work and the amount of energy  he puts into everything he does, and I too look forward to following up on this story later in the year.”

So while the real butterflies are under threat in our world, it would appear that their symbol in the south West of England is going from strength to strength and is a testament to what can be achieved when businesses pull together.