Briers chief executive Jackie Eades has announced that Carol Paris (pictured) will be joining the company’s board as a non-executive director. 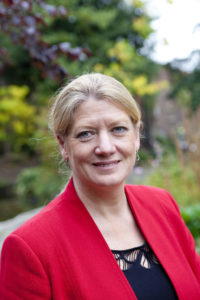 Carol was previously chief executive at the Horticultural Trades Association (HTA) before stepping down due to family reasons at the end of April this year. She had worked at the HTA for seven years in a number of roles including vice-president and president and revitalised the membership services, lobbied government on behalf of the industry and secured new premises for the association in Chilton. Prior to this, she was operations and buying director for Garden & Leisure Group where she worked for 16 years.

Carol’s new role at Briers will see her work on a number of projects including the strengthening of the HR function and revitalising the sales channels and team. She joins Briers at a time of significant growth, which has seen the company’s turnover reach nearly £15 million.

Carol Paris said: “Briers is a rapidly growing company with an ambitious business plan. They offer great products and service to the UK and 12 other international countries. The team at Briers is extremely committed to achieving and exceeding the company’s planned growth. I look forward to working with them as they move to the next exciting stage of their development.”

Jackie Eades added: “I am delighted that Carol has been appointed to our board. We are a family run and owned company in a period of sustained growth and product development. Carol’s expertise in the industry will be an asset to the company. Carol has a wealth of board experience including operations and buying director of the Garden & Leisure Group, CEO of the HTA and other similar roles with the British Retail Consortium, the Trade Association Forum, The Horticultural Innovation Partnership & AHDB Horticulture, as well as with charities Perennial and Greenfingers.”