Charity Champions announced at the Party for Perennial

Hundreds of people from across the horticulture industry gathered at the Barbican on January 19 for the Party for Perennial, the charity’s annual fundraising event. As part of the celebrations, the Perennial Champion Awards were presented to those who made a particularly valuable effort in their fundraising for Perennial during 2016.

Thanks to them, Perennial’s annual fundraising campaign HortAid 2016 raised more than ever before, reaching a total of £162,925.

The Perennial Champions Awards were presented by James Alexander Sinclair to:

Three Peaker’s Ride Again Team – this intrepid group of horticulturists completed an epic six-day cycle from Snowdon to Land’s End.  One team took on the challenge on road bikes and the other on mountain bikes, climbing the equivalent of Mt. Everest over the course of the week and raising over £40,000 so far.

Butter Wakefield – garden designer Butter made a fantastic effort for Perennial during 2016, undertaking a tandem skydive, opening her garden as part of the Special events programme and signing up as a Gold Perennial Partner.

Grubby Gardeners – this team of tireless fundraisers has made a huge effort for Perennial again over the past year and they entered the largest team into the Nuts Challenge.

Mazegarden – Richard Bushby and Sandra Hamilton have supported Perennial for the last 13 years by opening Mazegarden near Chichester to raise money. 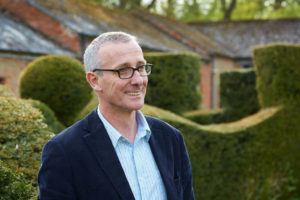 GIMA – The Garden Industry Manufacturer’s Association made Perennial the beneficiary charity for its Golf Day last June and for the GIMA Awards raising in total £6,300.

Perennial chairman Dougal Philip commented: “We appreciate the enormous amount of support this unique charity receives from across our incredible industry and the Party for Perennial gives us the chance to thank everyone who has been involved. Last year with the commitment of our supporters, we raised more money than ever before for HortAid. The Champions awards recognise those supporters in particular who went above and beyond in their support for Perennial – their contribution makes a huge difference in changing lives for the better.”