Chelsea by the numbers

Ever wondered what goes into planning and installing an award-winning Chelsea garden? Every millimetre of a show garden is meticulously thought through and each aspect has to be carried out with military precision. As Chelsea’s most successful exhibitor, no company knows this better than Hillier, who will this year be seeking its 72nd consecutive gold medal. 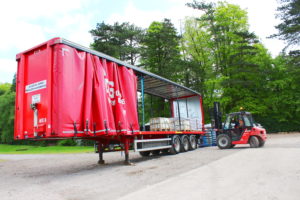 The Chelsea judges have a fine eye for detail so every little thing has to be absolutely perfect and according to the plan, as Hillier’s lead designer Sarah Eberle knows all too well. “I have been known to lose best in show for a few screws out of line!” she laments.

Keeping every element of show planning in order is an unceasing role, which for Hillier is taken on by office manager Gill Mayo. For the last nine years, she has skilfully overseen Hillier’s show garden, from the point of inception through to the removal of the final plant from the show ground. Gill talks us through the logistics of how one of the most anticipated gardens at Chelsea comes together: “The numbers behind our garden are quite staggering. We have a team of 136 people involved from the build to the breakdown. Over those 19 days alone, we reckon this team work a total of 3,200 hours. Who knows how many more hours are dedicated before this time!

“This year’s ‘Spring’ by Hillier garden will contain around 3,000 plants; 400 plant labels; 2,500 special copper plant tags for our Memory Tree feature; 19 pallets of bark; 6 pallets of smart cover and 112 bags of cement! The garden centralises around a one-tonne metallic spring measuring 12 metres long and four metres high, which feeds 3,000 litres of water into a pond weighing a staggering 350kg.”

A fleet of 20 lorries will start making its way from Hillier Nurseries in Ampfield, Hampshire to the Chelsea site, with the first wheels turning on Wednesday May 10. Before the lorries can set off though, the plants have to be ready. This is the job of Hillier’s head plantsman, Ricky Dorlay. This year will be Ricky’s 53rd year at the Chelsea Flower Show so he knows the intricacies inside out.

Perhaps one of the most pressurised jobs, Ricky is responsible for getting thousands of plants in perfect bloom at just the right time. He has to ensure everything looks flawless for show week, including factoring in how the delicate plants will cope with transportation – the unpredictable nature of plants does not make this task easy. Planning is key to this and Ricky and the nurseries team hold regular meetings with the designers, Sarah Eberle and Caitlin McLaughlin, to review the plants’ progress and guarantee that only the best in show make the final cut.

With 53 years of Chelsea experience, Ricky is well versed in the meticulous planning that is involved but comments that this year has been the trickiest in the last five years due to the changeable weather conditions. “The logistics and precise planning is all part of Chelsea!” he explains. “It’s fair to say that this years’ conditions have been the hardest and most difficult that we’ve known in recent years, particularly for the roses. With low temperatures and little sun, we’ve had to move them from the glasshouses to a warmer polytunnel. This year has been very cold and dry with poor night temperatures meaning that things haven’t grown as they should; I know other exhibitors will be finding the same too but we’re confident it’ll all be on track for show!”

For 2017, Ricky has devised a new detailed and complex colour-coded system for the lorry schedule to ensure everything comes off in the right order once it reaches the show ground. Then, it all has to put together, which is no mean feat. Ricky explains: “Once the lorries arrive, the next challenges arise with making sure everything is unloaded at the right time and in the right order, then delivered to the exact required spot. The unloading of heavy trees and shrubs can take an entire day with lining them up straight proving the trickiest part; this requires a forklift and a lot of physical strength and patience from our team!”

George Hillier comments: “The numbers involved in our Chelsea gardens are phenomenal, there are so many things to keep track of but Gill, Ricky and the team do a fantastic job – it wouldn’t be possible without them. There’s no break in the show cycle; the spreadsheet for the next show will be out as soon as this show finishes! There are a lot of impressive numbers, hopefully this year it will all culminate in the unprecedented 72!”

Ricky adds: “There’s not much of a lapse between shows. We’ll only have a short break then we’ll start planning next year with preparing the stock for this year’s growing season, ready for next year. But let’s tackle this year first!” 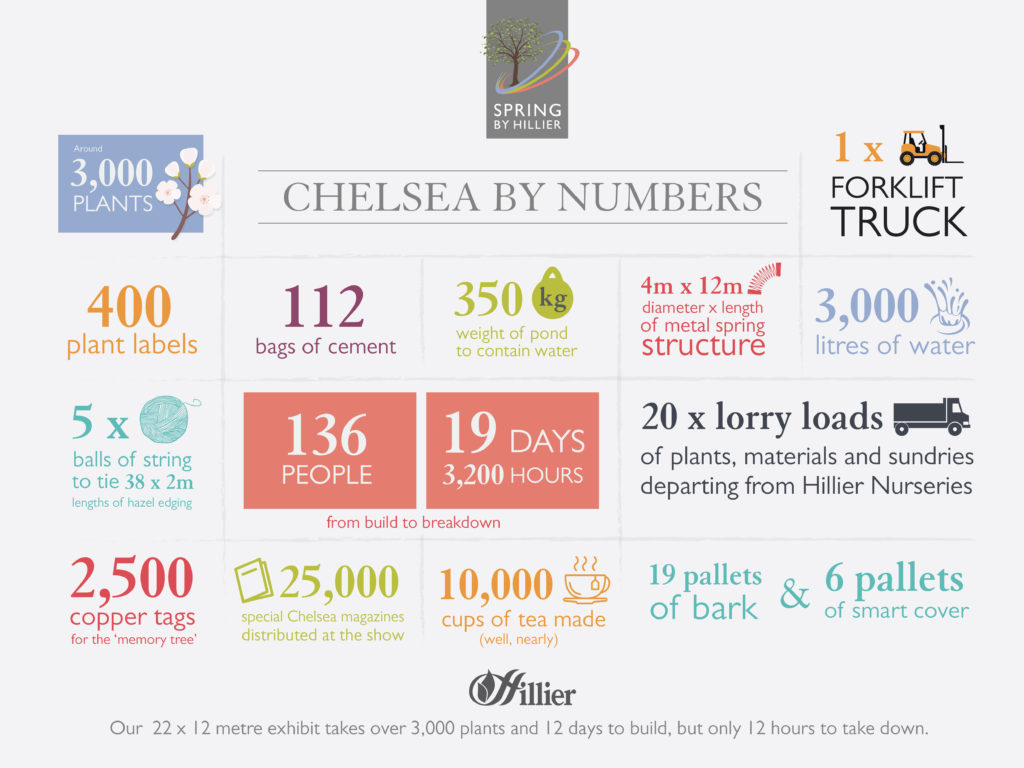