Former Vitax national sales manager and GIMA president Colin Wetherley-Mein has recently joined the team at GIMA as Membership Ambassador, helping to boost the trade association’s relationship with its members and to communicate its member benefits. 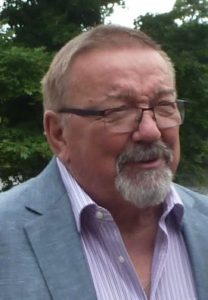 Having recently retired from his role at Vitax after 25 years, Colin found retirement a little too quiet for his liking, and recognising the value of GIMA from his time as President, it felt only right that he uses his time to support the association and its members.

In his new role as part-time Membership Ambassador, Colin will take to the roads to meet with as many members as possible. From garnering a better understanding of each members’ organisational set up and product offering, to helping them take full advantage of GIMA’s member benefits. This new role will boost the lines of communication between GIMA and its members, whilst also allowing Colin the time to enjoy his beloved cricket and to continue his work with the Greenfingers charity.

GIMA director Vicky Nuttall said: “We’re so pleased to have Colin on board once again. Having someone dedicated to working with our members will be an invaluable resource and a great support to me.  I’m sure our membership base will be pleased to welcome Colin to their businesses, so he can help them make the most out of being part of GIMA.”

Colin Wetherley-Mein added: “Members are the lifeblood of any trade association, so being able to work closely with GIMA’s will be, no doubt, a hugely rewarding experience for both myself and all those involved in GIMA. I look forward to getting started, and to meeting with as many members as possible in the coming weeks and months.”