Sales were up 23.33% compared to the same month last year (2015) according to the GCA’s Barometer of Trade (BoT) report. The best performing traditional category was houseplants at 8.36% up. 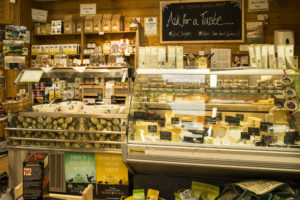 GCA chief executive Iain Wylie explained: “It’s not a surprise to see the non-traditional food hall and farm shop category taking top spot in sales during the month as due to the poor, wet weather and early Easter break, many gardeners haven’t had the chance to get working on their plots.

“Despite the rain, garden centre customers made sure they were kitted out in the latest gear and stopped off at cafés and restaurants during their visits for a spot of lunch, dinner or a cuppa and cake. Catering sales were up 11.78% and clothing was up 10.7%.”

Iain added: “As the Easter break was so early this year the month’s sales figures aren’t a like-for-like comparison on last year. Easter figures would have been much better if it was a couple of weeks later.

“Due to there being no Easter break in April it has been a more challenging month but as we move into the late spring and early summer we’ve got our fingers crossed that things, including the weather, will improve.”