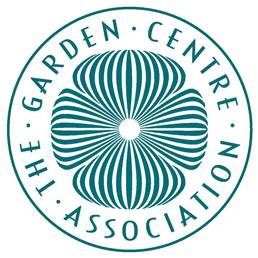 CHRISTMAS shoppers headed to garden centres rather than the high street for their festive decorations and gifts in November and December (2013) with sales in both categories up on the same months last year.

The Garden Centre Association’s (GCA) Barometer of Trade (BoT) figures revealed Christmas sales were up by 12.57% in November and 5.95% in December compared to the previous year.

Peter Burks, Chairman of the GCA, explained: “Sales of gifts during November were up 8.14% compared to the previous year and December gift sales were up 5.58% on 2012.

“It’s encouraging to see more people preparing for Christmas by visiting garden centres in their areas instead of high streets to pick up essentials.”

November’s sales of clothing were up by 13.37% compared to the previous year. Outdoor plants also performed well during December with a 16.13% change.

The best performing categories overall during 2013 were food hall/farm shop, which was up 8.05% and furniture and BBQs, which saw an increase of 6.46% due to improved weather.

Peter added: “I’d like to thank all of our member garden centres for their hard work during 2013. The year has been a learning curve for us all and we look forward to even more positive sales in 2014.”

The BoT reports produced by the GCA allow member garden centres to compare their trading positions with other centres.

David Danning, Director of Trelawney Garden Centre, Wadebridge, said: “The last few years for us, Christmas sales have been disappointing, along with many others, and it was so pleasing to start to see a reverse in that trend this year.

“We have a renewed confidence in the department and have looked in detail at our layout and selection for the coming year. As the BoT figures are broken down into each product group we can see where we have done particularly well and those areas we need to work at harder. Retailing in this day and age isn’t easy and information like this is paramount to help us grow and to survive.”