The Gardenex export federation has secured UKTI grant funding for eligible British firms exhibiting in the federation’s group at spoga+gafa in 2016, details of which can be obtained by contacting Gardenex.

Spoga+gafa is one of the world’s largest international garden and leisure trade exhibitions, and has resulted in lucrative repeat export orders for many British firms that have participated in the Gardenex-organised group, Gardenex says. 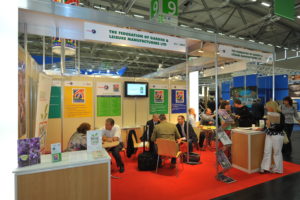 Spoga+gafa 2016 will take place in Cologne from September 4 to 6. This major trade fair has been a regular highlight of the federation’s overseas initiatives for over 40 years. In 2015, the British group that exhibited met with buyers from countries across Europe, and also leading distributors and retailers from markets such as the USA, Canada, Dubai, Chine, Japan, South Korea, New Zealand and Australia.

The UKTI government cash grants available for 2016 will help support the cost of stand space and fitting. In addition, British firms will find that exhibiting in the Gardenex group will simplify the whole process of organising their participation. The Federation’s comprehensive package of support delivered to every exhibitor encompasses stand build and practical advice, together with valuable help in preparing for the show. In addition, a focused programme of pre-promotion to international buyers and to Europe’s trade press will be implemented by the federation. During the show, the  Gardenex team will be manning a British garden industry information stand in the group pavilion, from where it will provide support and assistance to UK exhibitors in addition to offering a popular product sourcing service to overseas buyers.