The Garden Centre Association (GCA) has announced that it has moved its head office to Chester following the relocation of the Horticultural Trade Association (HTA) to Chilcot.

The GCA says the recent decision by the HTA to move offices gave it the impetus to find an alternative headquarters too but that the rapport and bond between both organisations remains robust. 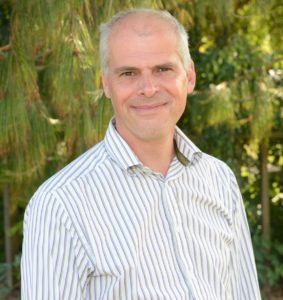 GCA chief executive Iain Wylie explained: “We originally moved our offices to be within those of the HTA in 2013 as industry-body partners and we felt that it would be mutually beneficial to do so and it has been a tremendous success for both parties.

“We will still have a solid working relationship with the HTA, despite the separate locations we now both have. In fact, we recently announced a new collaboration with the HTA with regards our Garden Retail Online Workshops (GROW) e-training programme and this represents a significant milestone in our on-going close connection.

“We also have a room at their new offices in Chilcot, which we will be using for meetings and other activities, and this will also mean our ties will be maintained and strengthened.”

HTA members will now be able to access the GCA’s GROW e-learning package (available to those HTA members that are not GCA members at a preferential rate for an unlimited number of users for an annual subscription fee), helping to provide greater access to industry training opportunities.

Iain added: “This a fantastic opportunity for the GCA and HTA to collaborate to bring benefits to our industry. GROW, as existing users will know, is a great resource to deliver staff training. The flexibility offered by GROW helps the individual user and their garden centre employer.”

The HTA’s decision to move offices came at an opportune moment for the GCA.

GCA chairman Julian Winfield said: “I am delighted that we have been able to relocate the GCA office to Chester. We’ve been discussing how we could make arrangements easier for our head office team and to allow Iain greater time in the office and increased flexibility for members.

“This represents not just a more convenient location for Iain, who lives in the area, but also provides a more central location for members who are spread as far afield as Scotland, Northern Ireland, across in Lincolnshire and down in Cornwall. This will allow Iain to have a greater amount of time in the office, as he will not have to travel so far to work, but it will also allow him to have more time visiting and supporting our members.”