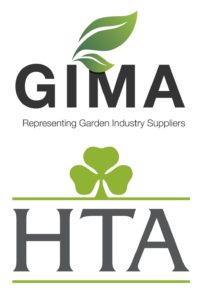 Founded in 2006, the event was set up to bring together suppliers of garden products, with trade and consumer editors from both print and broadcast outlets. The only event of its kind for the industry, the Garden Press Event has grown in popularity, with over 110 exhibitors (including a host of international brands) attending 2016’s exhibition.

GIMA and the HTA will work together to add more content and value for both exhibitors and visitors, the associations say. Guy Burtenshaw and Sue O’Neill, the original founders of the exhibition, will continue to be involved in the event.

GIMA director Vicky Nuttall said: “The Garden Press Event has continued to cement itself as the go-to annual exhibition for those brands that want to talk exclusively with members of the press as it’s a great way of developing both marketing and PR strategies for the year ahead. Meanwhile members of the press can enjoy uninterrupted time with leading and emerging brands, together generating exciting content for future publications. GIMA has long been a supporter of the show and the opportunities it presents, so we are so pleased to be able to report this latest news.”

HTA chief executive Carol Paris added: “The HTA is delighted to confirm its involvement in the future of the Garden Press Event. We want to retain the values of the show, but also add extra content in turn providing a great opportunity for our members to showcase and promote the garden industry to the media. I’ve no doubt that together the HTA and GIMA will be worthy new owners of the event.”

Media Events director Guy Burtenshaw, along with journalist Richard Jackson, was inspired to set up an event exclusively for the press in 2006. Guy commented: “We want to say a particular thank you to all of the exhibitors and visitors who have helped to grow the Garden Press Event and make it such a great success over the past 11 years. We now believe the time is right for the event to grow and develop and be ‘owned’ by the industry, and GIMA and the HTA are the right organisations to do this.”

The 2017 event takes place on February 16 at the Barbican in London and will not be affected by this change in ownership.