The Garden Industry Manufacturers’ Association’s AGM took place on April 14 at the Heart of England Conference and Events Centre, with over 80 members in attendance.

During the proceedings the following appointments were announced: 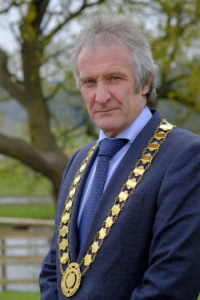 In addition to the existing council of:

This maintains the GIMA council at its maximum capacity of 16, with extensive representation of the GIMA membership.

During his opening address, new GIMA president Chris Ramsden (pictured) vowed to progress the good work done by his predecessor, Colin Wetherley-Mein, by continuing to build relationships with other trade associations and work closely with GIMA director Vicky Nuttall to develop even more benefits for GIMA members.

The Association also reported a healthy financial position, with a small operating profit being recorded.

GIMA membership continues to grow steadily, with 14 new members joining since the start of the year, including two associate members.

Membership of GIMA is open to all manufacturers and suppliers of products to garden retail, with a UK or European base.