Following a hot day of judging at Warwick Racecourse on June 27, where around 200 entries were considered, the winners of the 2018 GIMA Awards have now been confirmed.

However, the garden retail industry has to wait a few more weeks to find out who wins, when this year’s winners are revealed on July 12 at the five-star Celtic Manor Resort. 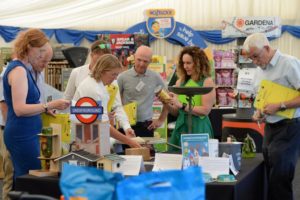 It is safe to say that the 2018 judges had their work cut out for themselves. With around 200 products, services and campaigns fighting it out to receive the highly respected accolade of GIMA award winner, there were some tough decisions to be made. Couple this with one of the hottest days of the year, and it was certainly a day to remember.

GIMA director Vicky Nuttall said: “A huge thank you to all our judges for volunteering their time. Their input, keen eye and industry knowledge has helped us to create a final list of winners, and what a list it is! Each year the standard of entries continues to surpass expectation, so I did not envy the judges the task of picking the overall winners.

“I’d also like to extend my thanks to all those that have entered the awards in 2018. We look forward to welcoming you all to the awards ceremony in a few short weeks.”