GIMA’s latest Barometer of Trade, a report that provides overall market analysis through information supplied via members, has highlighted that cost increases are set to become more prevalent.

The trade association, representing manufacturers within the garden retail industry, has shared further insight into these latest findings, and explained what this might mean for the industry.

Now in its third year, the latest edition highlights alarming trends in percentage increases for all base costs, highlighting an entirely unavoidable state of affairs for the industry. 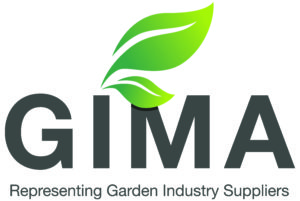 Raw materials have risen in excess of 13% in the last 12 months, with a 5% increase witnessed since the beginning of 2017. This ongoing upsurge could potentially have a negative impact on innovation, with aspects such as packaging, product size and colour becoming the new benchmark for ‘innovation’… ‘Safe’ products that do little to stimulate shoppers’ interest in the sector as a whole could also become more prevalent if costs continue to keep rising at the same rate.

Freight and logistics services are not exempt from increasing costs, something that will only place further pressure at peak times. GIMA members who participated in the Barometer of Trade have highlighted that importing goods into the UK has been subject to 5% increase in freight costs during the first half of 2017; that is on top of the 5.2% increase in the second half of 2016. Landed rates are also causing concern with a staggering 17% increase in the last 12 months.

Within just this first half of 2017, labour costs have also continued to rise – up a further 4.5%, already outstripping the 4.40% increase experienced in the latter part of 2016. Although some of this can be simply attributed to an increase in minimum wage, and the introduction of the living wage in April 2016, the exchange rate still has a part to play as workers from the EU and other countries look outside the UK for more lucrative seasonal working locations. Admittedly, retailers will also be subject to similar cost rises, but this only means a doubled increase – something that has to be passed onto the consumer.

GIMA director Vicky Nuttall said: “I appreciate that these numbers look slightly daunting, especially when looking at the long-term picture, but it’s not all doom and gloom. We all exist within a buoyant and growing market. Garden centres are continuing to grab market share through ongoing diversification, and our latest research has reflected this. In fact, during the first half of 2017, 63% of respondents reported that they expected some form of improvement, with an additional 20% expecting prospects to greatly improve. What’s more, despite the challenges we all face, there is still a marked determination to break through and make the changes that will help safeguard the industry for the future. I’ve no doubt together we will continue to thrive despite larger price tags.”

The Barometer of Trade relies on a wide variety of information given anonymously by participating GIMA members. If you are interested in getting involved in the reports, contact the GIMA office on 01959 564947 or info@gima.org.uk.