The organisers of Glee, Ascential Events, have confirmed that the Horticultural Trades Association (HTA) has confirmed its ongoing support of the show, with a new three-year agreement.  This renewed partnership will see the HTA share its industry leading knowledge and insight to help add even more value to Glee, providing benefits for visitors and exhibitors alike until 2019. 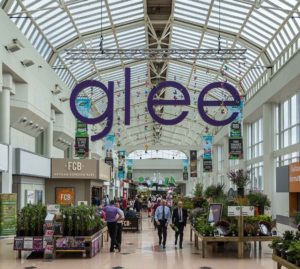 In addition to providing its leading market-reports and data to the Glee team throughout the year, the HTA also works in conjunction to develop Glee’s seminar content each year. This year, this relationship will develop further as the trade association works with Glee to develop the show’s new Retail Lab, which will focus on the retail environment of the future.

Glee event director Matthew Mein commented: “We are delighted to announce that the HTA has confirmed its support for the long-term future of Glee. The expertise that they, as an association, can bring to the show is invaluable and will help us to further develop Glee’s role as the key annual event for the garden industry. Glee has gone through a number of changes in recent years, with some more exciting developments on the horizon, and having the HTA’s continued support has been vital in many aspects of this ongoing development. I believe having the HTA by our side for the next three years will enable us to further strengthen Glee’s long-term future as the unrivalled annual platform for the garden industry to meet, do business, share retailing best practice and address the key issues that are facing us all.”

HTA director of operations Martin Simmons added: “We are delighted to confirm the long-term continuation of an already strong partnership with Glee’s organisers. Glee remains the foremost UK trade event for manufacturers and suppliers of garden goods and equipment, and as such we felt it was vital to ensure that the HTA, and its members, maintains a close working relationship with the show. I look forward to working with the team over the coming years, to build a bigger, brighter future for Glee and our members.”