Garden retail industry show Glee prides itself on providing an unrivalled platform for discussion. In this, the first of a series of special ‘talking head’ style features, the topic of Brexit is addressed. To some a dirty word, others a fear-inducing prospect, and to many a word that evokes feelings of the unknown, here Glee exhibitors and supporting trade associations share their thoughts on Brexit and how it is shaping their future.

“Possibly the single biggest political, economic and social change that the UK has seen since the Second World War….” 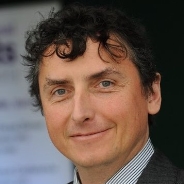 has seen since the Second World War. Its impacts will be far-reaching and in many cases permanent. The horticultural industry will be exposed to many of the changes because much of our environmental policy stems from the EU, so to disentangle ourselves from these regulations will be complex and challenging. For garden retail, the current fluctuations in currency are likely to continue during the two-year negotiation process, and we do not know what trading conditions will materialise from this process.

“This upheaval creates uncertainty and opportunity, such as reducing our trade deficit through import substitution, and gaining greater recognition in government through the new structures that are being put in place. The HTA is being proactive in parts of the supply chain, for example by developing new systems to improve plant health management for growers, retailers and landscapers. And we continue to work together as one industry through the Ornamentals Roundtable to raise our political profile and to secure the success of UK horticulture in the future.”

Brexit doesn’t have to spell disaster 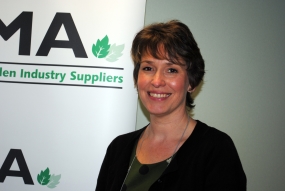 GIMA director Vicky Nuttall shared her thoughts on how Brexit is shaping business. She commented: “There is no doubt that Brexit and prices dominated much of the conversation in 2016, and has continued into 2017. In the latter part of last year, big players such as Tesco and Unilever led the headlines as the impact of a post-Brexit Britain starts to take hold. It may have led to some comical ‘Marmitegate’ moments on social media but importantly it demonstrates that even some of the biggest retailers and brands aren’t exempt from the pressures that Brexit has placed on the supply chain. But Brexit doesn’t have to spell disaster – in fact, for the UK supply base it can offer some significant export opportunities. The low pound means that European and wider international retailers will be clamouring to do business with UK suppliers, helping to put gardening back on the world stage.

“However, back on home turf the low pound is opening up a lot of questions. Inflation is on the rise, but wages are remaining static which is affecting consumer spending habits. Rising prices will see families and the under 30s hit hardest, with spending on big ticket items being delayed until prices stabilise. With this in mind, how will garden sales be affected, if at all? With garden centres’ key demographic being reasonably inflation-proof my gut is telling me ‘no’, but only time will tell.”

Aggregate supplier Deco-Pak marketing manager Craig Hall said: “So far Brexit hasn’t had a big effect on our business, however you can see some challenges over the horizon. The main challenge for us is the fact that the shaky sterling against the US dollar is making it more expensive for imports. Although we pre-purchased dollars prior to the Brexit referendum we are seeing a bit of squeeze on margins as we are absorbing increases as much as possible for our retailers. This can only happen for so long and initial discussions with our retailers seem positive; although they seem naturally reluctant, they are open to working together to address this.

“Thankfully, we produce/manufacture over 80% of the products we sell, therefore I don’t foresee Brexit being a big disruption to our business or even the industry as a whole for that matter. At the end of the day, as an industry we’re all in together and I think we’ll overcome these challenges.”

Johnsons Lawn Seed, a division of Danish-based lawn seed suppliers DLF, consumer manager Guy Jenkins said: “DLF has complete confidence in the UK market either side of Brexit. There may be some technical or bureaucratic compliance after the UK leaves but the grass seed trade is already a well-regulated market and overall this is not expected to change sufficiently to affect supply. Prices for lawn seed are affected by weather, overall demand across Europe, and other temperate markets across the globe, and currency rates to name a few, so Brexit is only one influence of many.”

Buying British instead of shopping abroad

Supplying a high-quality product to retailers at an affordable price is something which Somerset based compost manufacturer Durston Garden Products Ltd believes is a matter of common sense, and following the vote to leave the European Union urges retailers to start. Durstons national sales manager Dan Durston said: “By reducing your supply-chain and buying British, you will not only be amazed at how much simpler the logistics are, but you will find it’s cheaper too. It really is that simple!”