The heatwave cost the average British household £180 in gardening bills, whilst Britons spent an average of three and a half hours per week tending to the garden during the hot spell, according to a study undertaken by the team at www.MyJobQuote.co.uk. 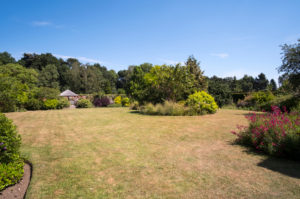 Initially all 2,654 respondents were asked if the heatwave had damaged their garden in some way, to which 89% said that it had, whilst only 11% said that it had not. The most common cause of the damage was ‘dead grass’, which accounted for 82% of the respondents’ problems.

Following on from this, respondents were asked if they’d had to have professional gardening work done since the start of the heatwave. 33% said that they had, whilst 67% said they had not. When asked to clarify why they needed professional work, the top answers were ‘it was too bad to deal with myself’ (34%), ‘I don’t have enough time to do the work required’ (29%) and ‘I didn’t know how to deal with the problem’ (23%).

Those who had hired a gardener to assist them in restoring their gardens stated that they had spent on average £178.

Commenting on the results of the study, Lisa Evans, spokesperson for www.MyJobQuote.co.uk, said: “The prolonged period of heat was a shock to most of us and not many had time to prepare their gardens for the dry spell. We saw a huge increase in the number of gardening jobs that came through the site, and with so many experiencing dead grass and gardens in general from the prolonged heat it’s no surprise households had to turn to professionals to help out.

“The recent rain has been a blessing for a lot of garden owners as it’s helped the grass to recover on its own, although gardeners will certainly have seen a dip in activity.”