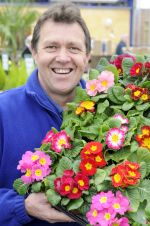 His career began after qualifying with City & Guilds 1, 2 & 3 in Horticulture at Dartington Horticultural College, when he joined a local garden centre.

More recently he was horticultural manager with a large garden centre group in the south west. His favourite plants are bedding and herbaceous because of their vibrant colours – he has a fairly small courtyard garden where he grows them in containers.

Howard said: “Even though I’ve previously always lived in Devon, I’ve known Cadnam Garden Centre for years because my wife’s parents live in nearby Totton. It’s a great centre to move to because customer service is high on its priorities.”

A Boost to the Bolsius Team
LOFA Launches Made Aware: the new trademark for ‘Green Outdoor Furniture and Barbeques’
Tweets by GCUpdateUK