Hozelock announces salesperson of the year and new appointments

Garden industry supplier Hozelock announced its salesperson of the year award at a ceremony at the Moxhull Hall Hotel in early February. 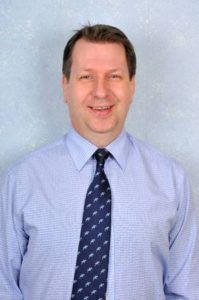 Adrian Marsh (pictured), who is based in Osset and covers the Yorks and North East area for Hozelock, took home the title for being the top salesperson in 2017. Adrian has been with Hozelock for over 15 years, and during that time has developed some very strong relationships within his large customer base, winning the coveted trophy twice in three years. Hozelock describes his victories as testament to his dedication, passion and hard work.

Lesley Hulme will succeed Martin Wiltshire, who retires at the end of March, in the role of sales executive, covering the South of England. Lesley has a wealth of experience within the territory, having previously worked for Suttons Consumer Products for 20 years.

Lawrence Money has joined as a sales executive, covering the East of England and East Anglia. Lawrence has 15 years of experience within the horticultural sector, the majority of which was working for Scotdales, where he was garden care manager at their Fordham branch since 2012.