The Horticultural Trades Association (HTA) has announced the appointment of Chris Pateman as the chair of the association.

In this new role Chris (pictured) will assist the HTA Board in coordinating the activities of the HTA Executive and their teams at Horticulture House, ensuring that the strategic objectives of the Association are being achieved. In addition, the chair will represent the HTA at a senior level to Government and other stakeholders. 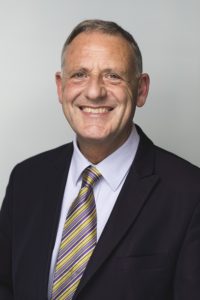 Chris was formerly the CEO of the Federation of Communication Services (FCS), a position he held for the last five years. In this role Chris had the ultimate responsibility for representing FCS members’ interests to policy-makers and regulators, and for developing the Federation as the authoritative voice on all issues which bear upon business-grade voice and data connectivity.

Chris spent more than 30 years serving the business to business sector, prior to joining FCS in 2012. A former business journalist, he spent five years in business development with a national buying group and invoice factoring hub before joining the Builders Merchants Federation as managing director in 2007. In this role he managed both a national trade association and a market-leading training business.

HTA president Adam Taylor said: “We are delighted that Chris will be joining us as chair of the association. With such a wealth of experience of representing member interests’ in his previous roles we very much look forward to his input on behalf of the horticultural industry.”

Chris added: “Exploring the role with the HTA executive and board, I was hugely impressed, not by only the sheer extent of the HTA’s activities and the wealth of opportunities which await (or threaten) the sector, but with the resourcefulness, passion and determination with which the board is preparing to meet them.  The Association is re-shaping quite boldly to serve its members even better in the future.  I’m thrilled at the prospect of being a catalyst in that process.”