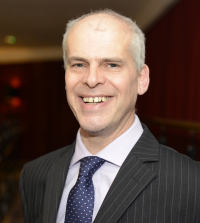 The Garden Centre Association (GCA) has a permanent Chief Executive.

Iain Wylie, who until recently was the interim Chief Executive, has been confirmed in the position.

Peter Burks, Chairman of the GCA, which represents nearly 200 garden centres nationwide, said: “We’re delighted Iain was available to continue in the role and are looking forward to the future. He has a great deal of expertise and knowledge and is very experienced in the ways of the GCA.”

Iain took the post of interim Chief Executive in October last year and has been helping to run the GCA during the past 12 months.

Peter added: “He’s done a great job in the holding role and there are lots of new projects to work on such as GROW. It promises to be an exciting coming year for the GCA.”