The Sun Flower Square, the garden industry collaborative exhibit in the Great Pavilion at the RHS Chelsea Flower Show, has been hailed an overwhelming success by the industry, media and public who visited the gardens.

Visitors were inspired by the four gardens that were on display, taking home ideas that they could achieve in their own outdoor space and advice from stand staff from across the industry. 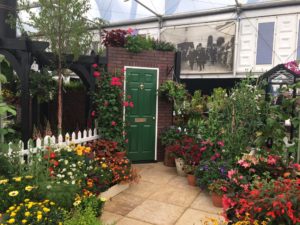 The Royal visit saw the Princess Royal, the Duke of York, Princess Beatrice and Princess Eugenie, the Countess of Wessex and the Duke of Duchess of Gloucester tour the gardens with Peter Seabrook and Carol Paris.

Media coverage of The Sun Flower Square was intense, with the four gardens featuring on the BBC’s daytime and evening coverage of the show. The exhibit was featured on This Morning as well as featuring in many national newspaper titles over the week.

There was no doubt the public loved all four displays with the main message being “this is hands on gardening and lots of examples of what we can do at home, congratulations”.

Peter Seabrook said: “We were very grateful to receive plants and products from over 100 companies to create the inaugural horticultural industry exhibit which received a Silver Gilt medal in its first year at Chelsea, an incredible achievement, bearing in mind some of the plants were grown by junior school children!

“The response we have had from the industry, the media and the public has been overwhelming and we couldn’t have done it without industry support.”

The full list of contributors to The Sun Flower Square is: 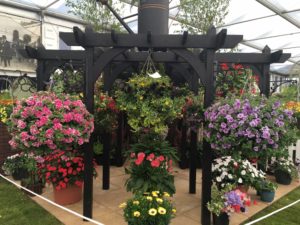 This display featured four model garden displays, each 4m x 4m, the same size as the average front garden in Britain and based on the successful gardening campaign ‘Love the Plot You’ve Got’.

The gardens are ‘Room Outside’, designed by Lovania and made up of HTA members, the GCA Jubilee Hanging Basket Garden, The Seed Garden and the Rising Stars Garden, kindly supported by Westland Horticulture.

The Sun Flower Square was also host to over 40 novelties, the largest number on a single exhibit with Calendula PowerDaisy and Lilium Perfect Joy coming third and fourth in Chelsea’s Plant of the Year respectively.