With the UEFA European Championship 2016 just around the corner, Johnson Lawn Seed has launched its exclusive ‘2016’ lawn seed mix, specifically designed to help create the perfect pitch for future Rooneys, Messis, or Ronaldos, and at the same time help boost summer sales for retailers. 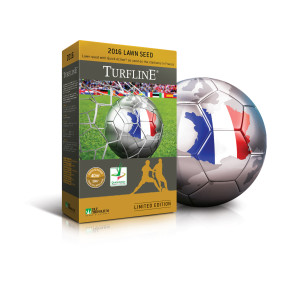 ‘2016’ offers the same varieties of grass supplied to the majority of the Euro 2016 stadia and gives customers the chance to convert their garden into their own football pitch. It also provides the ideal opportunity for retailers to make the most of the football frenzy being whipped up ahead of the UEFA Euro Football Finals – and it’s not too late for retailers to start getting involved now as part of the build-up to the summer’s biggest sporting event, as the whole country succumbs to football fever once again.

Johnsons Lawn Seed consumer manager Guy Jenkins said: “Euro 2016 represents a great sales opportunity for retailers – quite often sporting events can detract from time spent in the garden but with the year’s most exciting sporting event just around the corner, we are offering something unique, which is fantastic for football fans as well retailers. It’s a great opportunity for garden centres and other key retailers in the sector to have fun with merchandising and POS, while at the same time driving impulse sales.”