On Friday March 10, ten extra large Koi Carp and one Sturgeon were stolen from the display pond at Squire’s Garden Centre in Badshot Lea, near Farnham. Intruders broke in late on Friday evening, and took the valuable fish, which are worth a total of £7,725. 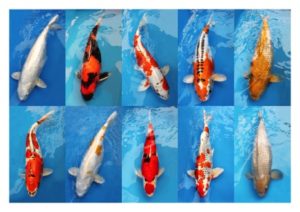 The Koi Carp (pictured) are between 22in-26in in length (which is over half a metre). They were selected in Israel for their quality by Squire’s pets and aquatics manager, and then carefully imported from Israel to Squire’s in Badshot Lea.

Deputy chairman Sarah Squire commented: “We are all absolutely devastated that this theft has happened, and are very concerned about the welfare of the fish, as they require a large pond or facility with well-filtered oxygenated water. Pet welfare is at the top of our agenda at Squire’s. We urge people to come forward if they have any information.”

Anyone with information about the theft can get in touch with Surrey Police by calling 101 or emailing waverley@surrey.pnn.police.uk.