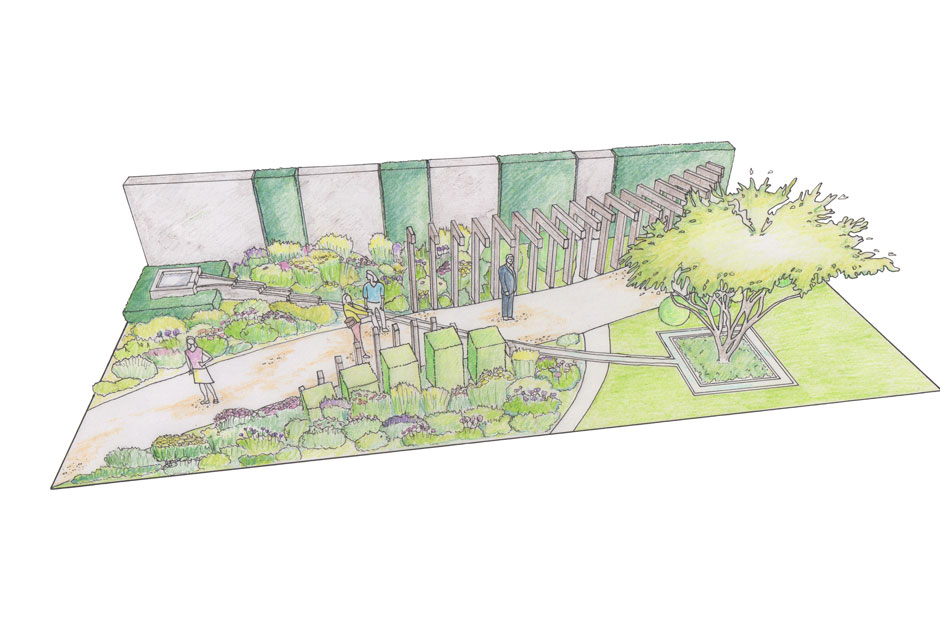 A leading children’s charity today announced it was working with a renowned garden designer to create a show garden themed around memories and honouring children who have lost a parent whilst serving in the British Armed Forces.

Scotty’s Little Soldiers, the charity for Children of the Fallen, confirmed its designs for a show garden at RHS Hampton Court Flower Show in June this year had been approved and was now working in earnest with designer Graeme Thirde to bring the designs to reality.

The charity confirmed the garden would be a walk-through, allowing visitors the rare chance to wander into and through a show garden.  Comprised of a central water feature in the form of a rill, which meanders through the garden, coupled with a memory tree, the garden was inspired by the work of the charity to support children suffering the bereavement of losing a parent in the Armed Forces.

The garden also reflects on the wish, while retaining memories, to progress in a positive manner toward the children’s future, with the rill and planting moving from a turbulent and busy start to a more serene and ordered future. This represents the work of the charity to provide support as Scotty’s members grow towards adulthood.

Scotty’s Little Soldiers CEO Stuart Robinson, said: “Announcing our show garden at this year’s RHS Hampton Court Flower show is an incredibly exciting moment for us as a charity. The designs that Graeme has created look fantastic and we can’t wait to see this become a reality as the show nears.

“We offer a vital service for our members across the UK and our hope is that those visiting our show garden this summer will not only have the chance to fondly remember lost parents, but to find out more about our work.”

Graeme Thirde of Graeme Thirde Designs, said: “My career with the Army made me instantly understanding of the incredible and inspirational work that Scotty’s undertakes across the UK. In designing the garden I have sought to honour these children of the Fallen and to provide a garden that speaks of the hope that Scotty’s brings to so many young lives in our country.”

For more information and to view the designs of the garden visit www.scottyslittlesoldiers.co.uk/RHS-Hampton-Court

Rolawn takes part in Garden Re-leaf Day in support of Greenfingers Charity
WHY FLOWER NAMES ARE BLOOMING IN POPULARITY!
Tweets by GCUpdateUK