Sales in traditional and non-traditional categories were up during May thanks to the Bank Holidays, according to the Garden Centre Association’s (GCA) Barometer of Trade results.

GCA chief executive Iain Wylie explained: “After a very wet and cold April, May was very much an improvement weather wise and the two Bank Holiday weekends certainly led to a boost in sales.

“For many, a traditional Bank Holiday activity is to pop to the local garden centre and it looks like lots of people did this as both traditional and non-traditional categories did well during the month. 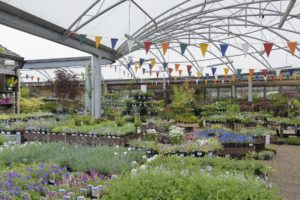 The Gardens Group, which has centres in Sherborne and Poundbury in Dorset and in Yeovil, Somerset, managing director Mike Burks said: “It was a very strong start to May albeit comparing to two rather ordinary months in 2014 and 2015.

“The second weekend was very busy and perhaps even record breaking, certainly against recent years. The mix of product such as plants, compost and pots by the trolley-full felt like the old days.”

GCA chairman and Haskins Garden Centres chief executive Julian Winfield said: “Like all garden centres we have been ready for some warm weather since the beginning of March and it was a relief when the sun came out.

“The good thing about great weather in May is that everything performs well and it did!”

Taunton-based Monkton Elm Garden & Pet Centre store manager Andrew Pitman said: “We had a good first May Bank Holiday and it was helped by the fact we had great weather and some glorious sunshine. It’s always reassuring to see positive Bank Holiday sales when the weather is on our side. Traditional gardening sales were on the up.

“Even with the many other attractions we have on site such as our restaurant and our Craft and Pet centres, trade is, and always will be, measured by the weather.”