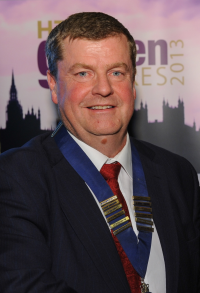 Following the HTA AGM which took place on 16 October at One Great George Street in London, Stan Green from Growforth Ltd has been elected as HTA President. Stan takes up the Presidency and the role of chair of the HTA Board for a two year term taking over from Caroline Owen.

Speaking about his role Stan comments, “At a time of significant change for all of us, I’m sure it will be a challenging couple of years ahead. That said perhaps most officials say that upon taking office. As President I am determined that you as “the members” don’t feel distant or apart from the Association, as you are the Association. Please think not only what the HTA can do for you, but what we can all do for it, with it and within it. As a representative and active body, all of us in the HTA can certainly move our industry forward.”

The AGM also saw the appointment of Caroline Owen as Immediate Past President, ratification of Richard Barnard from Hillier Landscapes and Mark Pearson as Directors of the HTA Board, along with the re-election of John Lord from John Woods Nurseries as a Director of the Board.

Welcome Home Gromit!
Lifting the lid on the PRO22
Tweets by GCUpdateUK