Plus fours at the ready for Greenfingers Challenge Cup

Garden centre and horticultural industry staff are being asked to sign up for a fundraising event being held at the Garden Centre Association’s (GCA) annual conference.

A game of golf with a difference will take place on Sunday, January 22 at St Andrews in Scotland to raise money for Greenfingers, which creates gardens at children’s hospices nationwide.

Ian Flounders, The Cabbages team captain, said: “I am thrilled to be taking over the reins from Danny Adamson at this exciting event for an extremely worthwhile cause.

“We have organised a game of golf with a difference. I will be taking charge of the supplier team, The Cabbages, while Guy Topping from Barton Grange Garden Centres will be leading the garden centre team, The Pansies. 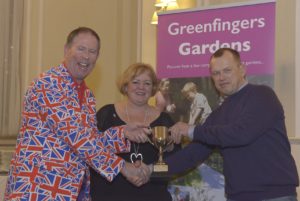 “There are 18 holes on the course and we’re calling on suppliers and garden centres to sponsor a hole and book their teams in to join in the fun. Sponsorship starts from £250 per hole and other sponsorship opportunities are available also. Each team will consist of four people, two from The Cabbages and two from The Pansies.

“The game promises to be unusual and a lot of fun. The dress code will be golfing attire and there will be prizes for the best dressed golfer, as well as for the lowest score and a prestigious trophy for the winning team. All sporting material will be provided by Woodlodge.”

Anyone interested in taking part in the Greenfingers Challenge Cup should contact Ian Flounders on ianflounders@woodlodge.co.uk or call 07917 425966.

Ian added: “During the evening there will be a light-hearted quiz, billed as ‘The Topping Show Live’ hosted by Guy, which will seek to raise more cash for this amazing charity.

Greenfingers was launched in November 1998 by a group of volunteers drawn from all sectors of the gardening industry.