This year’s Rising Stars Programme has begun, with 25 hopefuls competing to win the prestigious title of Rising Star 2017. 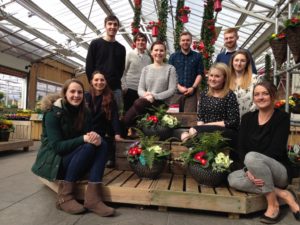 The programme, run by Westland Horticulture and the Garden Centre Association (GCA) is now in its ninth year and has been hugely successful to date, welcomed by the industry and participants alike.

The Northern Masterclass kicked off at Barton Grange Garden Centre on Tuesday March 21, where Ian Boardman, IBBIS (UK) director and Rising Stars facilitator, gave hints and tips on how to drive sales, making every square metre of the garden centre count and improving customer shop-ability. This was echoed at the Southern Masterclass at Squires Badshot Lea on Thursday March 23, which also featured a special guest appearance from The Sun journalist Peter Seabrook.

Each Rising Star will now embark on their first project, transforming a space in their garden centre into a selling hotspot, which will inspire and educate customers while increasing sales. They will report back to the group in July with how they got on. 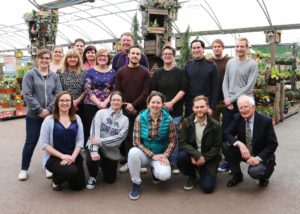 In the meantime, the group will compete for a chance to grow and exhibit an ‘unusual container’ for 40 Sunbury Square, a suburban back garden created by Peter Seabrook and the HTA for RHS Chelsea and supported by the industry. This year they also have a Whatsapp group to allow the stars to keep in contact with each other throughout the year.

Westland Horticulture marketing director Keith Nicholson said: “Each year the Rising Stars evolves to create a better experience for those taking part. This year we’re giving participants the chance to take part in RHS Chelsea, something that will look great on any CV. We’ve also introduced a Whatsapp group to help them keep in contact with each other.”

GCA chief executive Iain Wylie added: “Somewhere in this group is the Rising Star of 2017, one of the top five candidates who will deliver the winning presentation at the next GCA Conference in January. The next 10 months will determine who that person will be!”