A series of key investments has led to another year of growth for Vitax Limited as it begins to reap the benefits of its decision to expand its facilities in 2017.

With key brands including Slug Gone, Green Up, Q4 and Nippon, Vitax expanded its operations at the turn of the year by extending its production facility in Skelmersdale and warehouse in Coalville.

Coupled with the investment in new, cutting-edge machinery and continued increases in the sale of Slug Gone, overall sales at the company have bloomed. 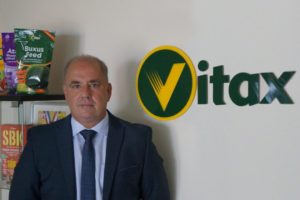 Vitax managing director Carl Welsh commented: “The success of the 2016/17 season highlighted that we were working to full capacity to meet the demands of our customers and a change was needed to meet future growth.

“The new facilities at both Skelmersdale and Coalville ensured we were well prepared to meet customer pre-season orders.

“Reliability is essential with customer satisfaction key to our success both now and in the future. It is this reliability and ensuring orders have been delivered on time, which has led to an overall increase in sales from last year.”

However, it is not just the investment in the new facilities that has attributed to a bumper season. Vitax national sales manager Mark Butler noted: “Vitax continually listens to its customers which led to the launch of a range of weather-proof pouches to help garden centres, which ultimately led to the purchase of new machinery.

“Sales of the new pouches have been extraordinary given the early weather. Combine this with the new point of sale material to help garden centres improve sales and it’s easy to see why we are on track to exceed this year’s targets.”

As the company goes from strength-to-strength, it says a final goodbye to one of the industry’s stalwarts. Colin Wetherley-Mein, who has been with the company for over 25 years, will eventually be taking a well-earned retirement at the end of August.

Carl added: “Colin has been instrumental to the success of Vitax and we would like to thank him for all his time, energy and commitment.”