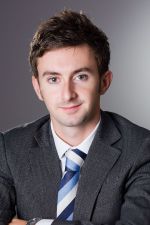 Following a successful year in 2010, Scott Brothers has appointed Richard to support its national growth strategy for its innovative niche products with a storage and organisational theme. He will be responsible for a mix of current and new accounts, and promoting the company’s leading brands such as the Pack-Mate and Space Bag vacuum storage bags and the Racor garage storage solutions range. Scott Brothers has a long and successful background in the home storage market with an enviable position as market leaders in the product group representing the two leading brands – Pack-Mate and Space Bag.

Previously working as Regional Sales Executive at Road and Sea Express Ltd., UK, Richard managed the sales and distribution of transport to key accounts, one of them being Scott Brothers Ltd. By working with Scott Brothers in his previous roles, Richard had already built the foundations of the relationship with the company, giving him a thorough insight into working with Scott Brothers from both an internal and external perspective. Initially appointed Internal Sales Executive at Scott Brothers in May 2010, Richard has demonstrated success in this role, developing and promoting one of Scott Brothers’ popular products – The Lubber Bag (www.lubberbag.co.uk). Richard is looking forward to developing key brands and customers in his new role.

Using his experience in sales and distribution, Richard will support and extend the expansion of Scott Brothers’ customer base by finding new retailers to stock existing products. As part of his new role, he will provide support to existing clients whilst developing and closing new sales opportunities for products on a national level. By building on Scott Brothers’ existing relationships with its network of retailers and customers, Richard will develop company sales and profits, as well as pursue and promote new business and products such as the Pack-Mate storage range. As one of the largest suppliers of vacuum storage bags to UK retailers, Richard aims to maintain Scott Brothers’ leading position in the home storage market.

Richard explains, “I am delighted to be appointed as National Sales Executive at Scott Brothers. The company has a vast product range in the home storage industry which I hope to grow and expand.” Duncan Pratt-Thompson, General Manager of Scott Brothers comments, “Scott Brothers Ltd. is pleased to appoint Richard to this role at the start of such an exciting year. Combining sales and distribution experience and his dedication to the company, we are certain that Richard’s appointment will significantly benefit both Scott Brothers and our customers.”

Westland and Taylors come to bulb agreement
Alexander Rose Ltd receives takeover offer from the Roda Group based in Bolivia.
Tweets by GCUpdateUK