TV, film and stage actor Stephen Mangan has been announced as the host of the 2018 GIMA Awards.

Best known for his role as Sean in the hit transatlantic comedy series Episodes and Guy in surreal comedy-drama Green Wing, his most recent work includes highly acclaimed TV dramas Bliss and The Split. 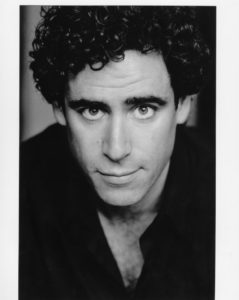 As a RADA trained stage actor, Stephen has performed all over the world, most recently appearing in The Norman Conquests (at the Old Vic and Broadway) for which he was nominated for a Tony Award. His films include Billy Elliot, the James Hunt biopic Rush, and Festival – for which he received a BAFTA nomination.

GIMA director Vicky Nuttall said: “I’m very excited to announce Stephen Mangan as our host this year. A warm, welcoming and fun character, last year he hosted the BAFTA TV Craft Awards so we’re very lucky to have him host our awards this year.”

Stephen will host the awards ceremony, sponsored by Glee, entries for which are now closed. The winners will be announced at the GIMA Awards Gala Dinner on Thursday July 12, once more held at the Celtic Manor Resort in Newport South Wales.