Stewart Garden, the gardening division of UK manufacturer Stewart Group Holdings, has named Bradley Barton Primary School of Newton Abbot the winner of the Stewart Garden Schools Campaign 2014. The Devon school collected the first prize of £1,100 for its Wizard of Oz inspired garden. 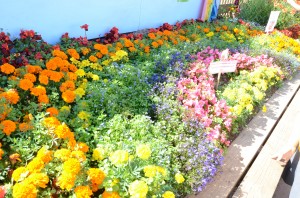 The pupils at Bradley Barton Primary School created an outdoor world based on the popular musical, complete with scarecrows, floral rainbows and woodland made of peas. They also created a wormery to break down old leaves for garden compost.

BBC Gardeners’ Question Time panellist and judge for the campaign Pippa Greenwood said: “We were impressed with all the entries; however Bradley Barton’s was especially striking. The whole process linked in with other areas of the school’s teaching and National Curriculum. This made learning fun, valuable and memorable.”

In total, 100 schools across the UK, from the Isle of Wight to Stirling, participated in the campaign. The aim of the competition, which was launched in 2012, is to encourage pupils to get involved in grow your own.

The nine runners up, who received £500 each, with £100 of each prize donated by J Arthur Bowers, are: