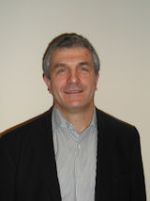 The current MD, Cecile Cuzenic, has been promoted to become Deputy CEO for Limagrain Field Seeds Division and will move to the headquarters in Clermont Ferrand in France, and will be leaving Suttons at the end of January.

Cecile has been instrumental during her time at Suttons in overseeing increased development and innovation in both retail and direct marketing divisions, whilst continuing to maintain Suttons position as the most established and trusted seed company in the UK. One of Cecile’s lasting legacies has been to initiate the investment for the new Suttons Trial Grounds.

Bernard Bejar will become Managing Director of Suttons and will take up the position in Paignton on 1st February 2013. He has worked for the Limagrain group for 7.5 years in various managerial positions.