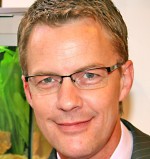 After a long period of consultation and analysis Tetra, a global leader in fish food, treatments and equipment, has decided not to take a stand at GLEE 2009.  The decision follows concern over the drop in numbers at last year’s show and responds to the new pressures on customers due to the current economic climate.  Tetra was, however, present at PATs in Sandown and will also be at Harrogate, enabling the company to meet a wide-section of retailers from both the aquatic and general pet trades.  Additionally the company will be attending a dedicated pet show in Ireland at the beginning of September.

Chris Nickson, Marketing Manager at Tetra UK comments: “There was a great deal of concern following GLEE last year about the decline in visitor numbers.  There are a number of theories as to why this was, some of them related to the current economic climate, others related to the way that the show was organised.  EMAP however, has put a lot of hard work into overcoming the issues and has put an impressive consultation process in place to try to turn around the fortunes of GLEE and Pet Index.  Never-the-less many other, less controllable things, have changed since the close of the show last September.  Many of our customers are finding times more difficult and are concerned about the immediate future.  We therefore need to show that we are in a position to support the trade in offering the right level of value and maximise the return on investment of very pound we spend during this tougher trading period.  By attending PATs in Sandown and Harrogate and a dedicated pet show in Ireland, at a fraction of the cost of GLEE, we are taking a more modest approach that fits with the current economic environment and desire for everyone to be more conscious of the way we invest our resources.

This decision relates only to GLEE 2009 and will be reviewed for 2010.