The Bay Tree turns over a new leaf with packaging refresh

After more than two decades on retailer’s shelves, The Bay Tree has announced that the brand is being updated to better communicate its heritage, vision, passion for fantastic flavours and its ‘unrelenting pursuit of quality’.

An adventurous new look will be introduced to independent customers this autumn. The gradual roll out will finish in the first quarter of 2017, following an initial launch of eight products in 207 Waitrose stores this month. 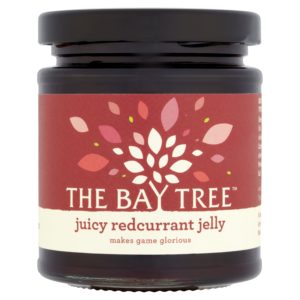 Firmly grounded in producing fine, artisan chutneys, accompaniments, sauces and dressings, The Bay Tree’s product range continues to deliver a tantalising range that has been carefully nurtured over time. The seeds of the business were planted when trained chef Emma Macdonald began developing preserving recipes on her mother’s Aga in the mid-90s. From these modest beginnings, The Bay Tree has enjoyed consistent growth, based on their firm adherence to the two defining principles of taste and quality.

The Bay Tree founder Emma Macdonald explained: “We’re still very much rooted to the core values on which the brand was established over twenty years ago. The Bay Tree was a forerunner of the ‘artisan producer’ movement that flourishes in the UK today. We’ve enjoyed a sustained period of growth that has also encompassed many changes – the rebrand is an honest appraisal of that journey.

“I believe that our new look more fittingly conveys the values that we champion. The Bay Tree is on a mission to make the ordinary extraordinary and that involves celebrating of the joy of good taste. This is never something to be shy of… it’s an explosion of flavour and all the pleasures that great food gives us. That, to me, is what The Bay Tree represents.”

Working with GillFoxJames, a Cheltenham based strategic planning consultancy and the newly formed design studio After Hours, The Bay Tree has developed an exciting new identity. This sees the much loved bay tree graphic transformed into a dynamic and engaging form – representing the explosion of taste that waits inside each one of The Bay Tree’s jars, pouches and bottles.