The team at a Bradford garden centre are celebrating after adding another award to its trophy cabinet.

Tong Garden Centre was announced as the Elite Business of the Year at the recent Aagrah Restaurant Group’s 36th Annual Dinner and Elite Yorkshire Business Awards, which also raised £125,000 for charity. 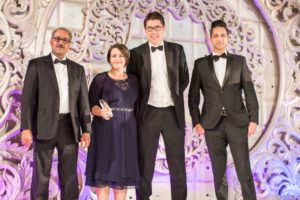 Mark commented: “Yorkshire boasts some of the largest and most successful companies in the UK and I’m proud to accept this award on behalf of the team at Tong who have worked tirelessly to restore Tong to its former glory.”