Town & Country has announced the judging panel for its gardening glove design competition.

After the success of the Leicestershire gardening glove competition for children, it was decided that it would be taken nationwide. All 4-12 year old children would receive the opportunity to design a new gardening glove for Town and Country which will be launched at Glee.
The competition has been running since March 4 2016 and has already attracted over 400 entrants.  It is due to close on June 10 with a panel deciding a winner on June 20. 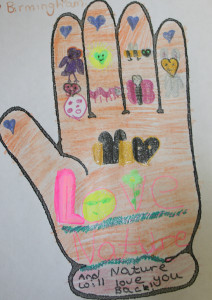 The panel was selected based on displaying a passion for getting children into gardening and learning about the outdoors.

The winner of the Leicestershire competition was 7 year old Jawzi Jawahir of Mellor Community primary school.

Both the Leicestershire and nationwide winning gloves will be shown on stand 18M10 during Glee in September.