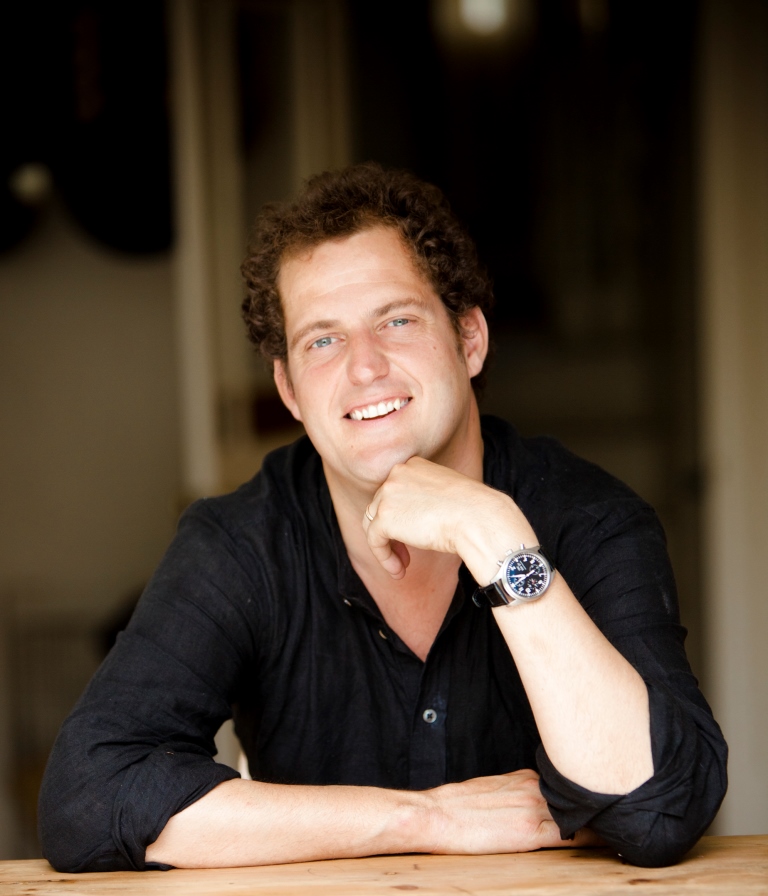 Valentine Warner, TV chef and author, has been announced as the Keynote Speaker on day two of the HTA Catering Conference 2015, which takes place on 9 and 10 June 2015 at The Belfry, Sutton Coldfield, West Midlands.

Valentine trained as a portrait painter before putting down the brush to pick up the spoon. He worked in London restaurants for eight years under such chefs as Alastair Little and Rose Cararina, before setting up a private catering company Green Pea.

With a strong focus on robust, flavoursome food, Valentine believes that a real understanding of excellent ingredients, producers and the natural history of food contributes as much to the plate as the cooking. A very keen outdoors man, Valentine can often be found seeking new adventures outside the kitchen and, most likely, fishing.

Valentine’s first hit series What to Eat Now (BBC Two) on the best food that Autumn has to offer was closely followed by a second series focusing on Summer. He presented Valentine Warner: Coast to Coast (Good Food), in which he travelled the country fishing and cooking his catch, as well as Ration Book Britain (Yesterday) and Valentine Warner Eats The Sixties (Yesterday).

As keynote speaker at the conference, Valentine will talk about his background, how food became a major part of his life, how to integrate seasonal foods into menu planning and why the quality of food should really matter to anyone operating or thinking of developing a garden centre catering outlet.

The two day conference, complete with conference dinner and exhibition, and sponsored by Vision Commercial Kitchens, will cover hot topics that impact garden centre catering and will take place in both conference and workshop format. There will be plenty of time for networking, with the conference exhibition providing a great opportunity to meet with catering product suppliers.

Booking for the HTA Catering Conference 2015 is now open, please go to www.cateringconference.co.uk