Weber barbecues has appointed a new country manager to drive the brand’s investment in the UK market.

François Lepeltier will take on the role of general manager UK and Ireland with immediate effect, reporting directly to Michael Reuter, EMEA sales and markets director. 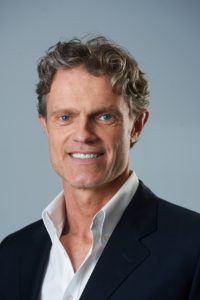 François (pictured) joins Weber Stephen UK from Wolverine Worldwide, where he held different positions over the last 10 years. Starting as international sales manager, he took on the responsibility of international sales director EMEA, and was then promoted to a general manager role covering sales, product and marketing, as brand director for Hush Puppies EMEA. François has strong international experience building brands, having worked in the UK, the US and France, Weber adds.

He commented: “It’s a real privilege to be joining such an iconic and successful brand. I am very much looking forward to working with the team and dedicated retail partners, to grow the Weber business as we continue to develop and expand barbecue culture in the UK and Ireland.”

Lepeltier’s appointment coincides with the announcement that after 16 years with Weber Stephen UK – latterly as sales director – Jo McDonald will be moving on to explore new roles outside of the company as well as a pan-European project within W-S EMEA.

Weber is now looking to replace McDonald’s role. In the short term, Andy Thorpe (previously interim country manager with W-S UK) will be assisting François with the transition.