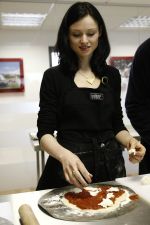 Weber – the UK’s number one barbecue brand and creator of the modern day barbecue – has opened the doors of Britain’s first dedicated barbecue cookery school, the Weber Grill Academy.

Weber UK is taking British barbecuing to the next level by offering retailers the unique opportunity to go through intense barbecue masterclass training, which will give them the upper hand over their barbecue-selling competitors.  Classes for the general public will start in August.

“All our scheduled retail classes are already fully booked and we’re having to put more classes on in order to deal with demand,” said John Cooper, Weber’s UK managing director and the brains behind the venture.

“Denmark, France and Germany already have highly successful Weber Grill Academies, and with British barbecue sales reaching an all time high in 2009, we felt 2010 was the right time for the UK.”

Located just outside of Oxford and over 4,000 sq. ft., the Weber Grill Academy is running full day barbecue masterclass courses, which are priced at £120.00 per person.  Each class is led by a specially trained Weber tutor who will teach all the different barbecue cooking techniques and show participants how to get the best out of their barbecue on the very latest Weber models.  A year-round venue, guests to the Academy can cook on gas barbecues in the specially adapted kitchen, or outdoors on charcoal or smoker-style barbecues.