Members of staff at a Hereford-based nursery are celebrating this week after the business announced that it had the best May ever in its recorded trading history with sales up by 14%. 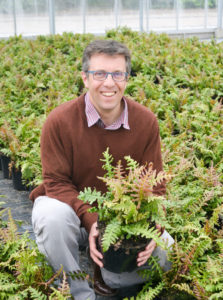 Wyevale Nurseries sales and marketing director Adam Dunnett commented: “After a very challenging start to the year, with sales affected by the long winter and adverse weather conditions, we will be in a positive situation year-on-year by the end of June.

“We revamped and increased our fern range last year, due to seeing a surge of interest for the plant, and this has paid off. We found this year that there has been a demand in both retail and amenity/garden design markets, which has definitely helped increase our sales. The late spring also meant we got several months’ sales for ferns in one month.

“Early June sales have continued at record levels and it looks set to be another record breaking month. This is fantastic news and the sunny weather is certainly helping.”