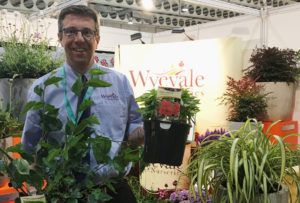 Wyevale Nurseries sales and marketing director Adam Dunnett said: “We’re delighted to be coming away with six awards at the New Plant Awards at the HTA National Plant Show. During the past six years, the awards have grown and are now seen as the place to find the next best-selling plant for retailers.

“The show is a great place for us to display our new plants for the industry to see and it’s fantastic that six of our new plants have been crowned with awards.”